My Aliyah story, by Sharon Mitnik

Read this story in Spanish here: Gvahim Mi alia – Sharon Mitnik – Gvahim
From a very young age, I dreamed of living in Israel. It was one of those dreams that the closer it seemed to be coming true, the more desirable it became.

A dream that was there already before visiting Israel. It was affirmed when I came in 2011 with my family. And it was reassured on my trip with Taglit later on. Each experience showed me a different facet, a different possibility, and different difficulties. Still, my dream was always there, intact, immovable. 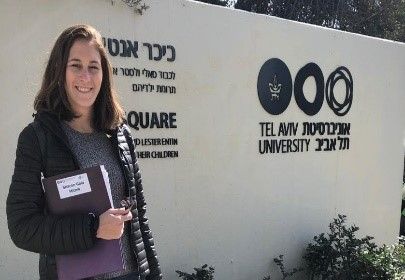 And when I was one step away from fulfilling it, I decided to come and try despite all of my fears. So I participated in Onward, a 7-week Masa program where we studied at Tel Aviv University and worked in Startups at TLV. Those seven weeks turned into almost six months.

During my internship, I decided that, without a doubt, Israel was my place, that this was the place where I wanted to live, so I made the big call, spoke with the global center, and finally opened a folder. It was one of the happiest days of my life, and I remember it like it was yesterday.

But before fulfilling this great dream, as I waited for my Aliya day, I returned to Argentina for a boost of energy and love for friends and family because I knew that the aliyah could be difficult. It became especially meaningful since, a month after arriving and becoming an Israeli, a global pandemic showed up and changed everyone’s plans. 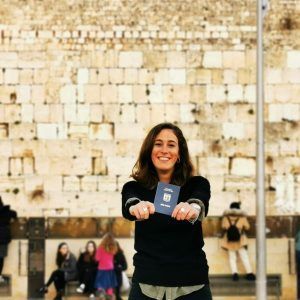 I knew that when I arrived, I wanted to work as a waitress, in a supermarket, or in a hotel. I wanted to have that experience, and above all, I wanted to practice the Hebrew that I would learn in the Ulpan Etzion every morning.

To the surprise of many, especially mine, the pandemic gave me more tools. It made me perform in a way that I don’t know if I would have done in a conventional Aliyah. It allowed me to get to know people very closely, new friends I lived with day and night. They became my family.

And that’s when I learned about Gvahim; they came to present the “Gvahim Career Center” program to the ulpan. They offered us help to find a quality job in Israel, and the truth is that I didn’t think I needed it because I still wanted to work in a cafe. But even so, on the advice of friends, I signed up. Thank G-d they accepted me even with having weak English and relatively beginner Hebrew. The course began, and I began to understand what I could do in Israel and, above all, WHO I could be. They helped me realize the tools I have and what I could do with them in the Israeli labor market. 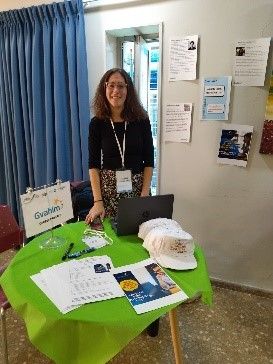 I finished the course super happy because I had discovered all the job possibilities I had. Thanks to the fact that I got my desired job in a coffee shop, I was able to make a lot of progress with Hebrew, and although I worked in the afternoons and studied in the mornings, I volunteered at Gvahim to help with Spanish translations. And surprisingly they offered me a job. It was so that in September 2020, I started working as an administrative in Gvahim. 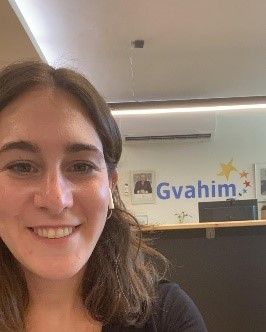 After a year and a half, several companies contacted me through my LinkedIn to offer me a job. Some I started the recruitment process, and others I directly declined because they were not of interest to me. Until a friend contacted me for a position in a fintech company, a junior position (of those that unfortunately there are not many) and it was my opportunity to try something new in my field. I will work in finance and accounting, which I studied at university.

So if you ask me today if Gvahim helps or if I recommend the course, I say YES. Yes, because when you don’t think you can achieve something, they show you everything you can do, as it happened to me at the beginning of my aliyah, and yes, because what you learn in the course is useful forever.

This is in addition to the unimaginable support that the entire team gives to each oleh.

I am happy that I have had the privilege of participating in Gvahim and that now, after having shared a work team and having helped so many olim to fulfill their dreams, I am able to fulfill one more dream, which is to learn to work in my sector, as an accountant in Israel.

Thank you, Gvahim, for everything!!